David Kernohan published a revised edtech hype cycle, rightly pointing out that it's not a cycle, and that "progression" to the "plateau of productivity" is not a foregone conclusion. Here's David's EduBeardStroke Parabola 2013: 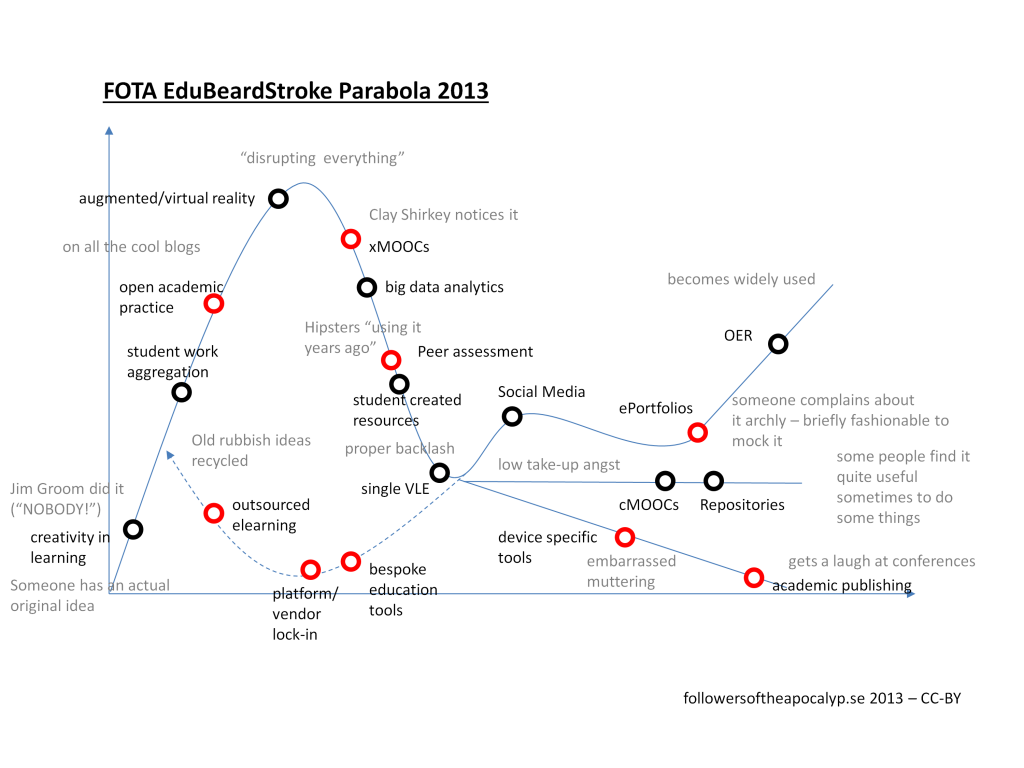 I've seen the Gartner Hype Cycle used quite a bit - I've even used it myself on campus briefings and reports. It's never sat well with me, but I couldn't articulate why. I mean, Gartner hires The Experts to Make Sense of Things. And this is how they do it. And people understand the simplifications and generalizations, and feel comforted that Everything Will Be OK.

The Hype Cycle does a few things:

Look at something like Learning Object Repositories - according to The Hype Cycle, that is now a mature/old concept. It should be grazing in the Plateau of Productivity by now. Except for most people, it's a non-concept any more. So, does it drop back to the Trough of Disillusionment? Does it drop off the curve entirely at some point? Or is it Productivity Plateau for the folks that can actually use something like a repository? Which context wins?

So. What to do when the crowd-that-is-paid-better-than-me uses The Hype Cycle as gospel when describing innovation and the state of the art? Yeah. I don't know, either. But I'm more likely to include a reference to Kernohan's fantastic Parabola than I am to use the Hype Cycle. Again.