I’ve been using a Surface Pro 3 as my mobile tablet-shaped device for 3 (non-consecutive) weeks. If I’m going to be able to work with instructors who use various bits of tech, I need to be able to speak from experience. That means I need to use more than just Apple devices – so, my time with a Surface. Also, I used an Android phone (Nexus 5) as my phone-shaped-device while traveling to DC last year for Open Ed 20141.

The TLDR version: the hardware is strange, and is the best Windows device I’ve used – aside from the battleship-sized tablet factor. The software is maddeningly not ready for primetime.

First, the hardware. I think this is the best Windows hardware experience I’ve had. I struggled at first, because I initially looked at it as an iPad replacement. As a standalone tablet, it’s just too big. The first night I had it home, I was trying to use it as a tablet, while stretched out on the couch. My wife laughed out loud, and said I looked pretty ridiculous, like I was holding a big picture frame or something. Yeah. As a tablet, it’s not a couch-compatible thing. It’s just too big and unwieldy. It’s really a tabletop tablet. Once I shifted to look at the thing as a laptop rather than a tablet, it started to get better. It’s a decent laptop. Best windows laptop I’ve used. But, because the keyboard is a floppy detachable case, and the thing is held upright by a kickstand, it doesn’t work as a laptop except on tabletop as well. It’s just too unstable to use on an actual lap. 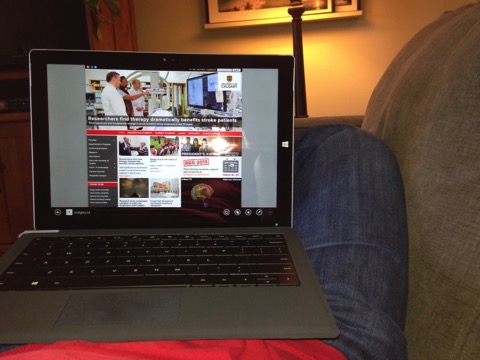 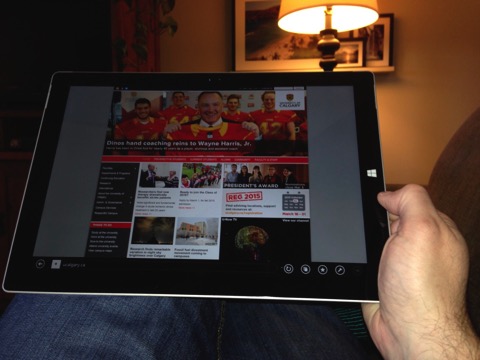 (about half a second after I took the photo of the Surface-laptop, it fell over because it’s horribly unstable on an actual lap.)

The keyboard is good enough – I’ve been a fan of the flat keyboard style for a long time. The trackpad isn’t bad, but doesn’t feel anywhere near as smooth as the Apple trackpad – scrolling seems to stutter when using the Surface trackpad, but is silky smooth when scrolling using the touch screen2.

The display is really gorgeous. High resolution, bright. And the pen is easily the best digital ink experience I’ve ever had. I wish the pen was compatible with iOS devices. That’d be killer.3

Battery life was amazing – not lasting quite as long as my MacBook Air, but, again, easily the best I’ve seen on Windows devices. The thing runs over a day of actual use, and light use might require a recharge once or twice a week. Nice.

The software. It could be so good. It’s close. But it’s still a Frankenstein compromise of desktop-and-touch smashed together. LIGHTNING!!! IT’S ALIVE!!!!! (maniacal laughter)

Windows 8.1. Oy. So many weirdnesses that I won’t even begin to list them all – I’ll leave that to Ars Technica. The tile-based UI is clean. It’s consistent with other non-desktop experiences like Windows Phone and Xbox One4 and is easy to navigate. But, many apps are hidden in the second screen, and you have to know to swipe up from the bottom in order to see them. 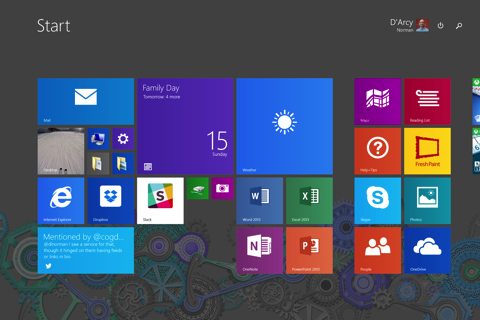 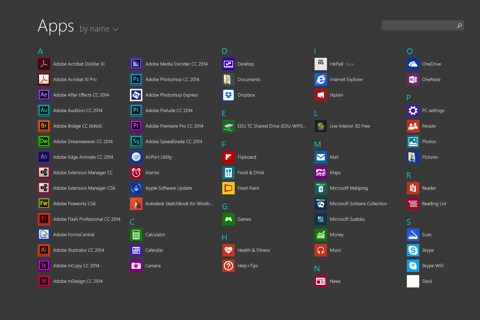 Desktop vs. Touch. Some apps have Touch versions. Some have desktop versions. Some have both. But if they have both, they’re completely separate installations, configured independently, with their own data. So, OneNote has 2 different versions. Each syncs the full content of all notebooks. Each behaves differently. Evernote has 2 different apps. And they’re set up independently. And behave differently. Mail works well, and is optimized for touch, but if you want full functionality, like sending an email to OneNote or Evernote, you need to run Outlook 2013 (the desktop version), which will send the message to the desktop version of OneNote/Evernote. 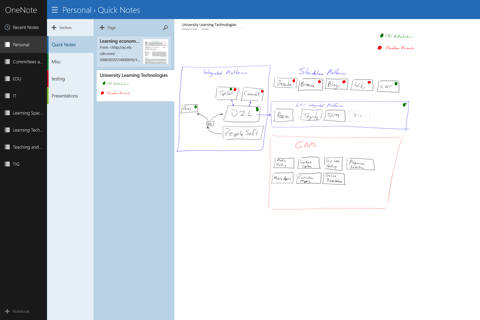 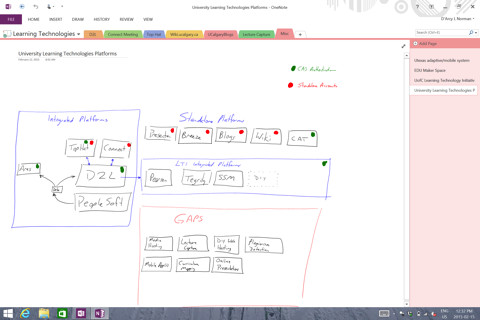 And, there’s the quirky interface of desktop apps. Because of the super-high-resolution display, the desktop interface displays in micro size. I’m 45. My eyes are doing the thing that 45-year-old eyes do. There was a time when I would have revelled in the microscopic pixels being displayed in their full native resolution. But now, not so much. Photoshop has an “experimental mode” for the UI, that scales the interface by 200%. It’s a start. But that’s the only high-resolution-aware application I found, and even that wasn’t ideal.5 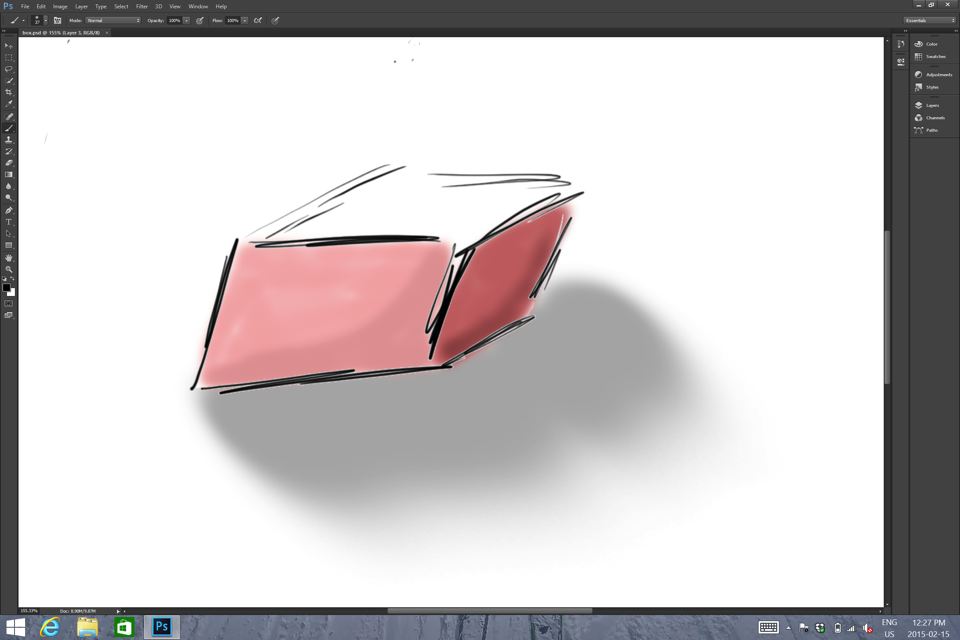 I think those are icons on the left. Could just be smudges on the screen. Do screenshots pick those up?

So. The hardware is good, but basically works well only when sitting on a table or desk. The software can be interesting, but is generally so incompletely designed that it’s too frustrating to use for extended periods. It will likely work better as an appliance to support artists creating stuff with the great digital ink pen. Hopefully, Windows 10 paves over the uncanny valley a bit. At the moment, the Windows 8.1 experience feels like a turf war within Microsoft, and the group basically decided to compromise by saying everything gets put in (but then, ironically, brands it as a “no compromise” device – for the company, perhaps).

Anyway. This Surface 3 is going back into the “technology lending library” fleet. If you’d like to sign it out, let me know (if you’re part of the UCalgary community, that is).