I was lucky to have been taken to a masters’ student seminar by Tatiana Karaman yesterday1, to see some work on a number of her related neuroanatomy projects as part of the Computational Media Design Program at the University of Calgary.

Tatiana sat through a 45-minute MRI head scan in order to get high quality 3D data to work with. She took the data and made a series of slices, which she then fed into a 3D printer. The quality of the prints weren’t quite what she was looking for, so she massaged the data and fed it into a laser cutter to make more robust plastic pieces. And wrote software to let people scan QR codes on the physical slices to get more information. As one does. 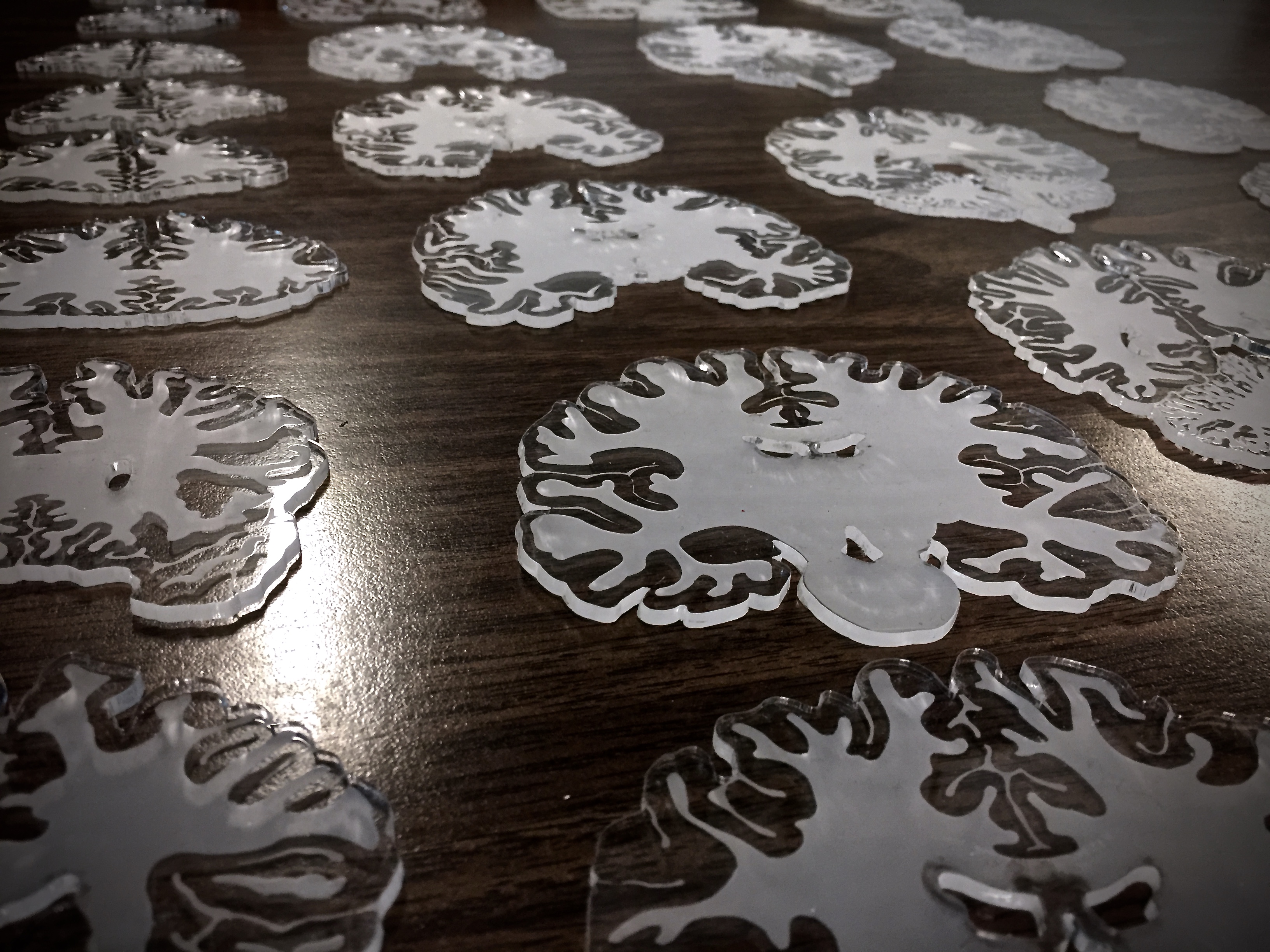 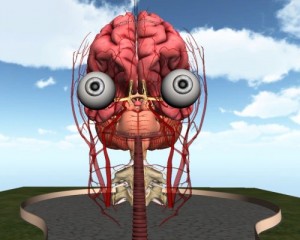 But, before getting to that stage, she was involved with a project to create a virtual Giant Walkthrough Brain, based on Joseph Bogen’s design from way back in 1972. He proposed a 60-storey model of a human brain (30 storeys above ground, 30 below) to allow people to walk through the brain and see various bits up close. Strangely, that didn’t prove to be feasible. Until Tatiana and her team built it in software, using the LINDSAY virtual human data.

Jay Ingram took that 3D model on tour in 2014, presenting an interpretive tour through the brain, complete with live music by Jay Ingram and The Free Radicals (and Tatiana running the brain tour live on the big screen). It was part of Beakerhead in Calgary that year, and won the 2014 Science in Society Communication Award from the Canadian Science Writers’ Association.

Since then, the Giant Walkthrough Brain software has been updated to include support for Oculus VR:

And for use in an immersive 3D CAVE environment:

I have to say – what a fantastic student project. Innovative science. Making art. Collaborating with peers. Interdisciplinary and transdisciplinary work. Amazing.